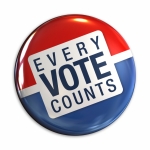 Most of the candidates have been dodging questions about the problem of mental illness in America. Some will bring it up when talking about gun control by saying things like we need to fix the mental health system or we need to help guns out of the mentally ill.

Well, when is the question going to be asked, “WHAT ARE YOU GOING TO DO ABOUT THE PROBLEM FACING AMERICA IN REGARDS TO THE MENTAL HEALTH SYSTEM?”

Donald Trump is going to build a wall to keep illegal immigrants out and send the people here illegally back to where they came from.  Well, Donald Trump, you can’t keep the mentally ill from entering the United States because many of us are already here legally.  You can’t send us back either. Where would you send us?

The mental health facilities are so overcrowded that people can’t get the help they need.

This is just one problem that America needs to solve.  People are too embarrassed to get help because politicians and the media contribute to the stigma that prevents people from getting the help.  People are not educated as to what signs to look for and where to go to get help.  One in four people in America have a mental illness- that means that everyone most likely at least knows someone who has a mental illness.

So, what are you going to do Donald Trump? Hillary Clinton?  Sanders?  Cruz? Kasich?

I think the people who have mental illnesses, their families, and anyone who has been affected by a mental illness due to tragedy deserve a right to know.

I can give you some answers since you can’t seem to come up with any of your own. At least if you have, you have not shared them.

You can’t just throw money at the problem.  You can’t keep dodging questions, you definitely should not add to the stigma like I have heard some of you do.  Also, by not talking about it does not give the 25% of Americans who have a mental illness respecdt.

The topic of mental health deserves so much more than any candidate or media outlet gives it.

More articles you might want to check out that deal with the same subject:

Candidates-Do you care about the 25% of Americans who have a mental Illness? PROVE IT!

Mental Health Should be a Priority

Why June 3rd Is an Important Day in the US, Who is Invited, and What is the Agenda?

Advocates for People with Mental Illnesses Need to Unite

What can a mental health advocate do to help people with mental illnesses?

What is required to be a Mental Health Care Advocate?

Encouragement from a Political Mental Health Advocate and News Channel

Mental Health Awareness Day & Thanks to Some Governors

Appeal to the media and politicians: Does anyone care that it is Mental Illness Awareness Week in America?

22 thoughts on “Candidates-Do you care about the mentally ill? PROVE IT!”