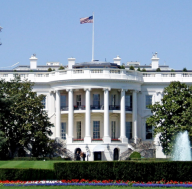 Note: After hearing President Obama and others speak I have to say that I am impressed and am hopeful and convinced that things are going to change regarding mental illness and mental health. This blog entry was written prior to hearing the speakers at the Mental Health Conference.

It was recently announced by Jay Carney that June 3rd the White House will hold a Mental Health Conference. This a huge step in the right direction. The one problem I have with it is in response to recent tragedies and gun control. I have to question if this is a political step or really a way to help those with mental illnesses and the stigma attached to it, the problems in how people with MI are treated and the lack of care that they get. Why was this not addressed until now? “Presidential spokesman Jay Carney said Obama and Vice President Joe Biden plan to host the conference June 3rd  at the White House and  the attendees will include mental health advocates, health care providers, faith leaders, government officials, educators and people who have experienced mental health problems.

Carney said they will discuss how to reduce the stigma for those struggling with mental health problems so they will reach out for help.
Carney noted that the vast majority of those with mental health conditions are not violent and are more likely to be victims than perpetrators of crimes.” Ref1 What will the agenda be? Will everyone in attendance get the same amount of time to talk? Who will be there?
WHAT ARE THEIR INTENTIONS AND and WHAT IS ACTUALLY ON AGENDA

MAKE THE OBAMA ADMINISTRATOR ACCOUNTABLE FOR WHAT THEY CLAIM TO BE

What I have to wonder is why a president who claims on his own website that he is “committed to creating the most open and accessible administration in American history. That begins with taking comments and questions from you, the public, through our website ignores me, a citizen of the United States who taught for ten years and has been battling a mental illness for 25 years. Does he just dismiss my ideas because I am just a “mentally ill, crazy person”? I would hope not, but have to question why I have not heard anything in response to any of my attempts to reach him. He seems to find people to stand behind him while he gives speeches. Where do those people come from? He invites people to numerous events because of what they believe or a letter he received. Why has he not received my many attempts to  contact him. Is it because he and his staff are too busy? Is it because he thinks what I have to say doesn’t matter? I would hate to think the second is the reason, but  do think that is why.
CHALLENGE:
I challenge whoever is reading this to ACT NOW!
Make sure that all voices are heard on June 3rd, demand to know who will be invited and what the agenda is.
Demand to know who will be there to represent the mentally ill and will they get the same amount of time to talk?
W can make a difference if we stick together.
WHAT CAN YOU DO?
ACTUAL URLs
PETITION http://www.petition2congress.com/9076/mental-illness-awareness-week-being-observed-in-2013/
CONTACT CONGRESS  http://www.contactingthecongress.org/
PRESIDENT http://www.whitehouse.gov/contact/submit-questions-and-comments
WHITE HOUSE http://www.whitehouse.gov/contact/submit-questions-and-comments
VICE PRESIDENT   http://www.whitehouse.gov/contact/submit-questions-and-comments/vp
JAY CARNEY’S Twiter https://twitter.com/PressSec
ADVOCACY GROUP https://www.facebook.com/groups/494927813883917

18 thoughts on “Why June 3rd Is an Important Day in the US, Who is Invited, and What is the Agenda?”