The Frustrations of Being a Mental Health Advocate 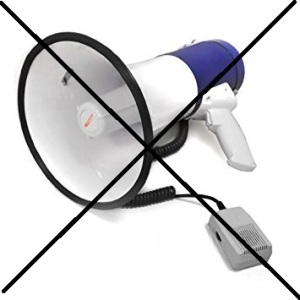 I recently posted on my FB page this and I truly believe it. It feels like an uphill battle. I have so many good things to offer if I could just get ONE person with influence to hear me.   I feel defeated oftentimes and will take months off at a time thinking there is no way I am going to make a difference and then one day I have another idea that might just go “viral” only to be knocked down again.

I have called, written emails, filled out forms, tweeted, and sent FB messages about a topic dealing with mental illness and Parkland Shooting to everyone i can think of. (media, parkland survivors, politicians, local media, etc.) and have not heard from anyone.

I keep saying that this is going to be the last time I am going to try and fight stigma and do something about the mental illness problem and then for “stupid” reason, I start back up again and get frustrated again.

I guess I have to hold onto the good things I have gotten accomplished like letter from President Clinton after he was in office, several governors declaring Mental Illness Awareness Week, starting Mental Health Advocates United and the group Advocates for people with Mental Illnesses and blogging under Bipolar Bandit.

I just want to accomplish more. When will I ever get there? Sorry…having a pity party! I just think if it was something else I was writing about, I would have gotten hundreds of replies.”

The article that I want people to read the most is:  If you want more that pertain to what I Feel needs to be done, let me know by emailing me at Mickey3333nC@gmail.com

I am a strong advocate for the mentally ill and have been since I was first approached by a lawyer in a psychiatric facility as a teenager. He wanted me to help him fight how the mentally ill are mistreated. I was diagnosed with bipolar disorder at the age of 17 after a full blown manic episode. Before that, I suffered from debilitating depression for 4 years. My goals are to help others by sharing my story and providing tips to deal with mania and depression. I often write blogs related to advocating for people like myself. I want to encourage, inspire, and educate those with #bipolar disorder and other mental illnesses and also include inspirational #quotes. I founded the group Advocates for People with Mental Illnesses and the page Mental Health Advocates United and have several social media sites that are related to bipolar disorder and/or advocacy. If you are an advocate or would like to be, I hope you join our FB group: Advocates for People with Mental Illnesses
View all posts by Michelle Clark Bipolar Bandit →
This entry was posted in advocate, mental health advocates, mental health awareness, mental illness, politics, presidential election, Uncategorized and tagged mentall illness blamed for mass shootings, mentally ill ignored, parkland high school and mental illnes, reform for mental health. Bookmark the permalink.

1 Response to The Frustrations of Being a Mental Health Advocate