Getting over the Anxiety of Meeting a New Psychiatrist 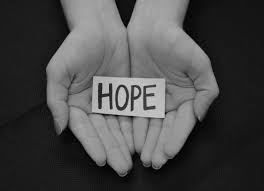 I was recently hospitalized and during that stay,  my psychiatrist and I reached a mutual agreement that it would be better if I started seeing someone else as he wasn’t sure how to help me anymore.

At discharge, I was given an appointment with a new psychiatrist.  The date was about a week after discharge and for that entire week, I was anxious about meeting the new doctor. I have had to change doctors so many times in the past mainly due to moving, but sometimes because I realized the doctor was not helping me and decided to move on.

Every new time I see a new doctor, I am honest and hopeful.  I pretty much know the questions they are going to ask and I go prepared with medications I have tried and the ones I am currently on.

This time was different.  I am at wit’s end as no medications seem to work anymore. I am on maximum doses of the last meds that have any hope, but are causing allergies and weight gain.  I believe I am medication resistant.  I told my pdoc that I was tempted to go off all of my meds since they were not working any way and he tended to agree.  I kept cycling and the only evidence I was on the medications was the persistent rash, the weight gain, and other side effects I was enduring.

So, a lot was riding on this visit. I was viewing it as my last chance to maybe find some relief from this hellish roller coaster ride I have been on for over 30 years.

I brought my list of meds, a list of all the meds that I could remember I had tried over the years, some of my discharge papers describing my action plan, a letter my dad wrote to my therapist recently and best of all my dad came with me. He has been enduring this as long as I have.  My mom would have been there too, but she passed away three years ago.

So, I am happy to say, there is HOPE!   The new doctor did something I had never heard of that was even covered by my insurance.  She took a DNA sample that is going to be compared to medications to see what ones would work or not work with me.  She then told me to go off all of my medications and prescribed me something new that I had never heard of.  (I don’t reveal medication names on my blogs, FB, groups, etc. because everyone is different.)

Reading the description of the medication, I just know it is going to work.  She also gave me another medication for anxiety that is not as harmful as the one I was taking.

I want to go on a more natural route for my illness for a long time and take vitamins for that and have tried to adjust my diet, but need guidance.  This practice has a nutritionist.  They even have yoga and I also plan to see a therapist.

It was like walking into year 2020  when there was a cure for mental illness.  I think they are on groundbreaking efforts to make it so I, along with others, won’t have to suffer anymore.

I will keep you posted.  I will get results from DNA/gene test in two weeks and will have been on new med that long too.

I am a strong advocate for the mentally ill and have been since I was first approached by a lawyer in a psychiatric facility as a teenager. He wanted me to help him fight how the mentally ill are mistreated. I was diagnosed with bipolar disorder at the age of 17 after a full blown manic episode. Before that, I suffered from debilitating depression for 4 years. My goals are to help others by sharing my story and providing tips to deal with mania and depression. I often write blogs related to advocating for people like myself. I want to encourage, inspire, and educate those with #bipolar disorder and other mental illnesses and also include inspirational #quotes. I founded the group Advocates for People with Mental Illnesses and the page Mental Health Advocates United and have several social media sites that are related to bipolar disorder and/or advocacy. If you are an advocate or would like to be, I hope you join our FB group: Advocates for People with Mental Illnesses
View all posts by Michelle Clark Bipolar Bandit →
This entry was posted in bipolar disorder, mental illness, social security disability, Uncategorized and tagged dna test psychiatry, finding new psychiatrist, hope in psychiatry, medication resistant, psychiatrist. Bookmark the permalink.