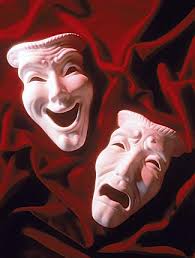 Please don’t ever take your mental health for granted.  You have no idea what it is like to have every thought, behavior, and emotion questioned by those around you.  Sherry sure is laughing a lot — she might be manic.  Sherry seems a little down today — she might be depressed.  Sherry is angry at me — she must be sick again.  I can have NO legitimate feelings, because they are all questioned if they are the least bit different.  If I have an argument with a person, my anger is never viewed as legitimate.  Instead, “she’s getting sick again.”  I have a good productive day — “she’s getting manic.”

How wonderful it must be for “normal” people.  To not be second-guessed at every turn.  Can you imagine what it would be like to never be taken seriously?  Because it might be Sherry’s “illness talking.”  If I have a differing opinion — “Sherry’s not thinking straight.”

This can’t be my life.  What in the heck did I ever do to deserve this?  All I want is to be treated like everyone else.  If you have a problem with me, come to ME.  Don’t pull a family member or friend aside and say, ” I wish she hadn’t done that.”  If you are concerned about me, tell ME.  Yes, I am fragile, but  I DO take into consideration what others think.

How wonderful it must be to have a “legitimate” illness — like diabetes, or heart disease — where others don’t look at you and think, “Sherry just needs to get over it.”  “She could get well if she really wanted to.”  When you have a mental illness, it is viewed not as a medical problem, but as a personality flaw.  A character weakness.

The truth?  I AM more fragile than most people.  I DON’T bounce back from emotional pain as well as other people.  I feel hurt much more deeply than most.  It’s all part of my illness, and it stinks.

This  bipolar disorder has robbed me of friends, relationships, children, a career, and a decent self-image.  I hate myself — why shouldn’t everyone else?  I can’t even remember the last time I felt glad that I was even born.  Every time I get better, I am haunted by the thought of “how long will I be okay this time?”  Three years?  Three months?  Imagine the most horrible time in your life, and knowing that it will happen to you again and again and again.

Imagine being held responsible for things you said and did when you were sick that you had absolutely no control over.  Knowing that even though people say, “I know you didn’t mean it” — that they will ALWAYS remember.  And knowing that every time you get well again, you have to apologize to everyone you harmed while sick — EVEN though you weren’t in control.  It’s not my fault that I’m bipolar, but yet I am blamed for every hurtful thing I said and did when I was sick.

Do I sound bitter?  Absofreakinlutely.  I didn’t ask for this.  I don’t deserve this.  This can’t be what my life was supposed to be like.  But everyone has something, and this just happens to be MY cross to bear.  So I will cry into my pillow, begging God to either take this cross, or take my life.  Either way, it’s a win-win.  I have had wonderful happy times in my life, but the good times were NEVER as good as the bad times were bad.

Now you have a glimpse of what it’s like to be bipolar.  I wouldn’t wish one day of that hell on my worst enemy.

I am a strong advocate for the mentally ill and have been since I was first approached by a lawyer in a psychiatric facility as a teenager. He wanted me to help him fight how the mentally ill are mistreated. I was diagnosed with bipolar disorder at the age of 17 after a full blown manic episode. Before that, I suffered from debilitating depression for 4 years. My goals are to help others by sharing my story and providing tips to deal with mania and depression. I often write blogs related to advocating for people like myself. I want to encourage, inspire, and educate those with #bipolar disorder and other mental illnesses and also include inspirational #quotes. I founded the group Advocates for People with Mental Illnesses and the page Mental Health Advocates United and have several social media sites that are related to bipolar disorder and/or advocacy. If you are an advocate or would like to be, I hope you join our FB group: Advocates for People with Mental Illnesses
View all posts by Michelle Clark Bipolar Bandit →
This entry was posted in Uncategorized and tagged bipolar disorder. Bookmark the permalink.