Is Society to Blame for the Mental Health Care System not working? 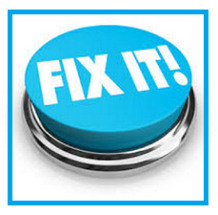 With that said, why is it that no one wants to talk about it? Well, one reason is because of the stigma.  If you are lucky enough to not have a mental illness, then you might not understand it. You most likely have judged those with mental illnesses as being crazy people who go out and commit crimes.

Well, not all of us go out and kill people.  Less than 1% of those with a mental illness are violent. People with mental illnesses are more apt to be a victim of violence.

It really upsets me that the stigma in America is still so bad.  It is like we are treated like the blacks were treated when they were fighting for their Civil Rights. We are outcasts.  It is similar to how gays were perceived up until recently. Most of society has accepted that blacks are equal to everyone else and that gay people should not be shunned and made to feel like they have to hide it.

When will those with mental illnesses get their turn?  Nothing will change until people start talking about it. One good thing has been happening lately is that celebrities are letting the world know that they struggle with a mental illness. Most of them are using it for the good. We need the other ones to do so too. There is nothing to be ashamed of. They need to use their clout to educate others.

Our media needs to start talking about mental illness. It is such a taboo topic. There is no reason why when a tragedy occurs and a person with a mental illness is involved that in addition to talking about the incident that they could offer information about what the illness is, what to look for in others, where they can find resources and to let people know that it is ok to get help.

Let’s prevent the next tragedy. Let’s put things in bulletins in churches, synagogues, and mosques that educate people about the different illnesses and let it be known that there is someone there who can listen and not judge.

Judging those with mental illnesses is the problem.  Until that changes, we will all still be considered crazy.  We may do crazy things, but doesn’t everyone? Is it ever going to be ok to tell an employer that you suffer from depression and not have to worry that you will get fired or not hired?  When will telling someone that you suffer from a mental illness be treated the same way as if you told them that you had diabetes or thyroid disease.

When will things change? I don’t know. However, what I do know is that nothing will change until society decides it needs to. If our society wants to prevent tragedies then we really need to do something about it sooner than later.

Things need to change, but it is not just the stigma.  The way people with mental illnesses are treated in mental hospitals is awful. The Truth about Many Psychiatric Hospitals  People who need medications to stay out of the hospital can’t afford their medications. Everyone seems to want to just want to ignore the problem. If they don’t ignore it they talk about it and then don’t come up with any solutions.

Well, if they listened to those with mental illnesses, we would have possible solutions. However, because we are crazy, we are not even taken seriously.

NEWS FLASH: (Wouldn’t this be better?)  Those people who have a mental illness are now considered the same as everyone else in society. They are respected and listened to.  People understand that it is a chemical imbalance in their brain.  Hospitals now are better and they are able to afford their medications so less people are having to resort going into the hospital.  Employers understand that someone might have to take a few days off because they are depressed or manic or having anxiety attack and that it is not any different than them having the flu. The media is educating people about mental illnesses. Religious leaders have taken it upon themselves to let their congregations know that there is help available and it is ok to ask for it.

Right now, as someone who suffers from bipolar disorder and has for thirty years, I am not holding out much hope that the second news flash will become a reality in my life time.

We, as advocates can keep trying, but like I said it takes a lot more than that.

I am a strong advocate for the mentally ill and have been since I was first approached by a lawyer in a psychiatric facility as a teenager. He wanted me to help him fight how the mentally ill are mistreated. I was diagnosed with bipolar disorder at the age of 17 after a full blown manic episode. Before that, I suffered from debilitating depression for 4 years. My goals are to help others by sharing my story and providing tips to deal with mania and depression. I often write blogs related to advocating for people like myself. I want to encourage, inspire, and educate those with #bipolar disorder and other mental illnesses and also include inspirational #quotes. I founded the group Advocates for People with Mental Illnesses and the page Mental Health Advocates United and have several social media sites that are related to bipolar disorder and/or advocacy. If you are an advocate or would like to be, I hope you join our FB group: Advocates for People with Mental Illnesses
View all posts by Michelle Clark Bipolar Bandit →
This entry was posted in Uncategorized and tagged advocates, bipolar disorder, mental health, mental illness, politicians, politics, society. Bookmark the permalink.

2 Responses to Is Society to Blame for the Mental Health Care System not working?