How the Media is playing a Role in Recent shootings 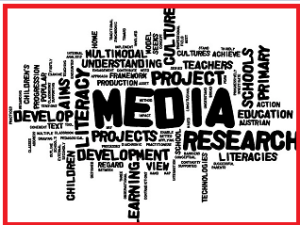 I cringe every time I hear that there has been a mass shooting. This is because I anticipate that it won’t take long before the media will find out that the person has a mental illness.

They could use the opportunity to educate the public about mental illnesses and letting people know that there is hope and recovery if you have a mental illness. They could also let people know of resources that are available if they suspect someone is struggling or they themselves are.

Another reason people don’t seek treatment is because they don’t know where to go.  one of the obstacles  people face are first responders not equipped to deal with those who have a mental illness.  In addition, family members who are trying to get help for their loved ones have their hands tied or have to wait to get them help.

Why doesn’t the media take these opportunities to educate and help erase the stigma? I don’t have the answer. I do know, however, that they are adding to the stigma by not talking about it.  They are letting the public think that people who have mental illnesses are all violent. They don’t talk about less than one percent of those with a mental illness are violent.

A lot needs to be changed in the mental health field. Less people need to fall through the cracks.  Stigma needs to be erased so the mentally ill are not discriminated against. First responders need to be trained on how to deal with someone with a mental illness, and people need to know where the resources are.

The media is part of the problem.  Why would someone go get help if they thought that by doing so they would be treated differently and people would come to the conclusion that they were going to go shoot people?

What is the media doing to encourage people to get help?  As far as I am concerned  they are scaring people away from getting help. By doing this, in my opinion, they are a huge part of the problem and can be somewhat  be blamed for these shootings.

I am a strong advocate for the mentally ill and have been since I was first approached by a lawyer in a psychiatric facility as a teenager. He wanted me to help him fight how the mentally ill are mistreated. I was diagnosed with bipolar disorder at the age of 17 after a full blown manic episode. Before that, I suffered from debilitating depression for 4 years. My goals are to help others by sharing my story and providing tips to deal with mania and depression. I often write blogs related to advocating for people like myself. I want to encourage, inspire, and educate those with #bipolar disorder and other mental illnesses and also include inspirational #quotes. I founded the group Advocates for People with Mental Illnesses and the page Mental Health Advocates United and have several social media sites that are related to bipolar disorder and/or advocacy. If you are an advocate or would like to be, I hope you join our FB group: Advocates for People with Mental Illnesses
View all posts by Michelle Clark Bipolar Bandit →
This entry was posted in Uncategorized and tagged Auroroa, blame for mass shootings, Columbine, mass shootings, mass shootings and mentally ill, media handling mass shootings, mentally ill, Navy yard shooting, Newton, stigma, violence and the mentally ill, Virginia Tech. Bookmark the permalink.