12th Feature Story: Gerald’s Story “An Uninvited Guest he had to Live With: Bipolar Disorder” 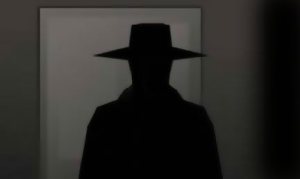 An Uninvited Guest I Had to Learn to “Live” With

Most people have had the experience of an uninvited person popping up at their home. Depending on who the unexpected guest turns out to be, this could turn out to be a welcomed, joyous, and exciting event, or an unwelcome, disturbing and unhappy one. Over 20 years ago an unwelcome guest called bipolar disorder not only arrived at my door, but also moved in. Bipolar Disorder  brought with it much baggage and unloaded it all at my feet. I was totally unprepared to deal with living with bipolar disorder. Adjusting and learning to live with all its baggage has not been easy.

Before bipolar came to my door and moved on in, I was married, socially and spiritually active, career driven, a top sales executive, financially stable, happy, joyous, very perceptive, a deep thinker, and in a very content place in my life. From day one of bipolar disorder’s entry into my life it began to gradually change the very fiber of my being. It moved quickly in some ways and gradually in others, but was nonetheless changing me.

I have what is classified as bipolar type 2. My depressive symptoms are very severe, my manic symptoms are of the less severe type known as hypomania. In the midst of a very happy, progressive, active and content life, I began feeling very tired, an unexplained tiredness I had never felt before. My discernment abilities and clarity of thought began quickly fading. I began avoiding social gatherings as I no longer had much energy or interest in being around people. These are all symptoms of depression and marked the onset of my disorder. Suddenly and out of nowhere my life was beginning to change.

Bipolar disorder symptoms can have very debilitating effects on one’s life. It made no exceptions in my behalf. Early diagnosis and sticking with treatment can however help most to limit the extent and severity of that suffering. My path unfortunately did not go in that wise direction. If I only knew then what I know now! A story for another day. In my case, bipolar disorder has ruined relationships of mine, effected my esteem, turned me into a recluse, cost me a career, cost me a home, financially ruined me, and stole my joy of life right from under me.

Let me be clear. I am not crying a river nor am I wallowing in self pity. I have been there and done that as they say, and I can tell you that does not help you a bit. I just hope that others may learn from my mistake. I use to lament over all the original strengths that bipolar took from me. Now instead I concentrate on my current strengths post bipolar.

That Was Then This is Now:

Although I have attempted treatment before, and have had endless conversations with mental health professionals. To a great extent, I use to just exist with my bipolar disorder and just try and cope and adjust to it. Well you see how well that worked for me.  Now I choose to “live” with my unwelcome and uninvited bipolar guest. This change occurred very recently for me. Thursday October 25th 2012 is the day I started my mental health blog. I had no idea how therapeutic and motivational this would be for me. As result I have never been more resolved to fight my disorder by giving treatment a real chance.

I use to be very closed-mouthed about my struggle with mental illness. Now I openly and freely discuss mental health topics and openly discuss my own struggles with mental illness. I use to struggle and cope alone with my bipolar disorder. Now I actively participate in mental health support groups and have started two of my own. I can truly say that my endeavor to help others has in turn done the same for me. Although I can’t put my unwelcome guest out. I can let him know that there is a new sheriff in town.

About Author: Gerald Bouthner is a Mental Health Advocate, Blogger, and Guest Writer on Various Mental Health Blogs. Find out more about Gerald at The Challenges of Mental Illness or contact him via social media: Twitter  Google+  Facebook

I am a strong advocate for the mentally ill and have been since I was first approached by a lawyer in a psychiatric facility as a teenager. He wanted me to help him fight how the mentally ill are mistreated. I was diagnosed with bipolar disorder at the age of 17 after a full blown manic episode. Before that, I suffered from debilitating depression for 4 years. My goals are to help others by sharing my story and providing tips to deal with mania and depression. I often write blogs related to advocating for people like myself. I want to encourage, inspire, and educate those with #bipolar disorder and other mental illnesses and also include inspirational #quotes. I founded the group Advocates for People with Mental Illnesses and the page Mental Health Advocates United and have several social media sites that are related to bipolar disorder and/or advocacy. If you are an advocate or would like to be, I hope you join our FB group: Advocates for People with Mental Illnesses
View all posts by Michelle Clark Bipolar Bandit →
This entry was posted in Uncategorized and tagged bipolar disorder, bipolar type 2, mental health advocate, mental health blog, mental illness, the challenges of mental illness. Bookmark the permalink.

2 Responses to 12th Feature Story: Gerald’s Story “An Uninvited Guest he had to Live With: Bipolar Disorder”