9th Feature Story: Living with a Mood Disorder by “Diary of an Arizona Girl” 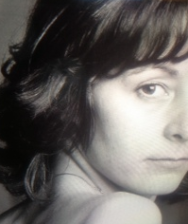 Please allow me to introduce myself. I’m not a serial killer. I’ve never been a character on Criminal Minds. All I really am is just a girl with a mood disorder. My 2003 diagnosis of Bipolar Disorder, Anxiety/Panic Disorder and OCD explained so much to me about my life. But it left me with even more questions. My friends read Fifty Shades of Grey. I read The Bell Jar. Is everyone else light and only me dark?

I live in The Very Dark Place, but my mask is firmly seated. I look just like you–but inside of my mind resides a girl trapped in a chaotic, maelstrom of mood. As a bipolar once said, I’m not the girl in the attic. I am the attic.  Only the most loyal of my friends have remained with me. I wonder why they stay. I don’t even want to stay when my self-loathing overcomes me. My sudden spurts of creativity, where my painting and writing come brilliantly alive, have amazed many. But when the darkness consumes me again, nobody understands why I suddenly can’t paint or write and remain alone in my house for great periods of time. It is an endless cycle of mania to depression. Depression to mania. Few periods of stability exist and they are so very brief.

Using a pseudonym, as I do, is the scion of the mental illness stigma, especially the more maligned ones like bipolar disorder. Only a few trusted friends, immediate family and my confidential support group know that I am an unfortunate girl chained to chaotic moods. Colleagues never knew of it, nor do many of my wider circles of friends. I’m sure that some suspect, or have even guessed, by my erratic and impulsive behavior. I’m typically described as “Quirky, with an edge.”

I have attempted suicide, once. I am far from alone. According to the American Psychiatric Association, the suicide rate for my bipolar team is 15%. The team includes an estimated 5.7 million adults.

My daily parlance includes terms such as, “my second inpatient stay, first attempt, bipolar I.” Attempt is my favorite euphemism for suicide. Why can’t one just say it out loud? I tried to kill myself. Unsuccessfully. I’m actually pleased at the failure now. But then again, the dark place where suicidal ideation morphs into reality is not a mind of rational thought. I made a mistake. Unlike many less fortunate others, I’ve remained here to speak of it.

What overwhelms me, and most of my bipolar comrades, are two facts.

1. This is an invisible illness. You can see cancer. You can see the ravaging effects of multiple sclerosis. You can see someone bleeding out onto the sidewalk. A mind, though? No, minds are ethereal and invisible. All you can hope to glimpse is the madness’ results; results that can be equally devastating as any physical illness.

2. There is no cure. I will be tossed around this stormy sea for the rest of my life

Through introspection, I am beginning to discover my limits and boundaries. I must constantly surround myself with what support I can manage. I have a brilliant psychiatrist who keeps me on an effective med buffet; an empathetic psychologist; and I belong to an online bipolar support group. At my psychologist’s suggestion, I attended an intensive outpatient program at a local women’s mental health hospital to learn life and coping skills. I eat well, exercise, and sleep eight hours a night. I work diligently to keep my current stability around as long as possible.

Perhaps one day I will out myself as bipolar. But, not just yet. Until then, I hide behind my mask and pray no one sees the crazy inside my mind.

I am a strong advocate for the mentally ill and have been since I was first approached by a lawyer in a psychiatric facility as a teenager. He wanted me to help him fight how the mentally ill are mistreated. I was diagnosed with bipolar disorder at the age of 17 after a full blown manic episode. Before that, I suffered from debilitating depression for 4 years. My goals are to help others by sharing my story and providing tips to deal with mania and depression. I often write blogs related to advocating for people like myself. I want to encourage, inspire, and educate those with #bipolar disorder and other mental illnesses and also include inspirational #quotes. I founded the group Advocates for People with Mental Illnesses and the page Mental Health Advocates United and have several social media sites that are related to bipolar disorder and/or advocacy. If you are an advocate or would like to be, I hope you join our FB group: Advocates for People with Mental Illnesses
View all posts by Michelle Clark Bipolar Bandit →
This entry was posted in Uncategorized and tagged anxiety, bipolar disorder, depression, diary of an arizona girl, mania, manic, OCD, panic disorder, suicide. Bookmark the permalink.